You need to move your Pawns in order to create space for your Pieces, starting on the back row, to operate. This takes some good judgment. If you move too many Pawns too far, your defense will suffer. But if you hold too many Pawns back, you’ll cramp your own army.

Most chess games start with moving the Pawn in front of the King, creating space for your Queen and bishop to come out: e4 if White, e5 if Black. Starting with the Queen Pawn is also popular: d4 or d5. Any Pawn, of course, can be moved for your first move, but for beginners the Pawn move, e2-e4 or e7-e5, is best. Note these Pawns are taking advantage of the opportunity to move two squares instead of one.

Remember, Pawns are the only men who can never move backward, never retreat. Devote some thought to any Pawn move.

During a game, as a result of captures, you may wind up with “doubled Pawns”–for example, on e5 and e4. This creates a weakness because Pawns are only able to capture diagonally: doubled Pawns can’t defend each other. This doesn’t seem to bother experts very much, but it’s relatively easy to attack a beginner who has doubled Pawns. Try to avoid them–but don’t try too hard. If capturing an enemy Rook leaves you with a doubled Pawn, you’re coming out ahead.

Always be on the lookout for the deadly “Pawn fork,” the first tactical coup I ever learned in chess. Imagine you have a Rook on c5 and a Knight on e5, and your opponent has an unmoved Pawn on d7. If it’s his move, he can move that Pawn to d6 and simultaneously attack both your pieces, each of which is much more valuable than a Pawn. Very hard to escape without losing one or the other!

And that, I think, is enough for you to digest for now.

For the next lesson we’ll take up the topic of your chess army’s special forces–the Knights.

Check out Mr. Duigon’s blog at LeeDuigon.com!! Don’t forget to give him a follow! I really recommend The Bell Mountain Series by Lee Duigon!

Lesson 4 – a bit more about Pawns.

The job Pawns do best is to defend your Pieces and your territory. Remember, they can only capture diagonally. Whole books have been written on this subject, but I can’t do that here.

“Pawn chains” often play a major role in defense. A simple chain of three Pawns might be placed on, for example, squares C5, B4, and A3. The A-Pawn defends the B-Pawn, and the B-Pawn defends the Pawn on C5. The weak link in the chain is the A-Pawn, which cannot be defended by another Pawn. When you have to attack a pawn chain, always aim for the weakest link.

There is a dirty trick in chess involving any Pawn you might have on the 5th rank. If your Pawn is on, say, E5, your opponent may attempt to move a Pawn *two* squares, as its first move, to D5 or F5. If he does, on your next move, *and only then*, your E5 Pawn may capture it by moving diagonally to D6 or F6, just as if your opponent’s Pawn had stopped there, having moved one square instead of two. This move is called Capturing En Passant, “In Passing.” It’s a legal move, and you should always keep an eye out for it. I find that when you take an opponent’s Pawn en passant, it usually shocks and confuses him: he loses his cool, and sometimes his train of thought as well. It’s not a move that shocks a very experienced player, it’s a perfectly legal move, but it often has a disproportionately powerful effect on the game. Personally, I’m always on the lookout for it.

The next lesson will be more about Pawns. I’ll try to stick to the basics. But as the 18th century French master, Philidor, famously said, “Pawns are the soul of chess.” So don’t sell them short.

Check out Christian fantasy author Lee Duigon’s blog at LeeDuigon.com!! Don’t forget to give him a follow!

I really recommend The Bell Mountain Series by Lee Duigon! There are 12 volumes altogether!

Stay tuned for the next chess lesson!

You start with 8 Pawns lined up on the 2nd rank, in front of your pieces. Individually expendable, Pawns are nevertheless important. Beginners often don’t realize that, because it takes experience to get good use out of them. But before that, the moves.

In chess, all captures are made by moving one of your men onto a square occupied by an opponent’s man, who is then removed from the game. When a capture is made, the capturing man’s move ends.

So a Pawn cannot advance if there is another chessman directly in front of it.
If a Pawn is moved all the way to the opposite end of the board, it is cashed in for a Piece of higher value. Usually that’s a Queen; occasionally, a Knight.

During the course of the game, Pawns are valuable mostly in a defensive role.

Only the Pawn can never move backwards. Remember that when you decide to move a Pawn: it can’t retreat.

The next lesson will deal with some finer points about Pawns.

Feel free to ask any questions! I’ve never done this on line before, so I may sometimes leave out something.

Check out Mr. Duigon’s blog at LeeDuigon.com!! Don’t forget to give him a follow!

Here at Chalcedon, we’re totally dependent on God’s providence, manifested through voluntary donations from readers. Put bluntly, if the donations dry up, I dry up.

But this is good for us. This is humbling. So we work–we work hard. We plant and we water. But the increase is from God. Always from God.

He is, after all, our Heavenly Father who has begotten us in the Spirit, by the blood of Jesus Christ. It’s good for us to rely on Him.

(Thanks to Susan for the heads-up)

Joni was an athletic teenaged girl when an accident left most of her body paralyzed. That was decades ago. She has been a minister in God’s service ever since.

Anyway, she knows whereof she speaks.

I think we all know that the brass ring, for global elitists, is a world government. Absolute power. Because they’re The Smartest Persons In The World and we should consider it a privilege to be ruled by them.

How crazy are these kooks? How filled with hubris? Here’s how they put it back in the Seventies, in Humanist Manifesto 2:

If that doesn’t give you the willies, you’re probably dead.

Oh! And all you’ve got to do is give up all belief in God, all hope of eternal life and forgiveness of sins, and the last vestige of sane humility.

G’day after Christmas! Byron the Quokka here–and are you ready to close our Second Annual Christmas Carol Contest? Well, I’m not!

Crikey, look at all the carols that we haven’t posted yet! The carol with 44 views the day it was posted, Dec. 12 (I think), is still in the lead. I don’t think anyone’s going to beat that, but we can keep on playing. The winner gets an autographed copy of Bell Mountain No. 12, His Mercy Endureth Forever, when it’s published–which should be pretty soon.

Sorry, I’m not allowed to tell you who got those 44 views: don’t want to spoil the surprise. Meanwhile, no way we’re gonna run out of carols! You request ’em, I’ll post ’em.

And a Merry Christmas to us all, and as Tiny Tim observed, God bless us, every one!

A Christmas prayer, by Lee Duigon. 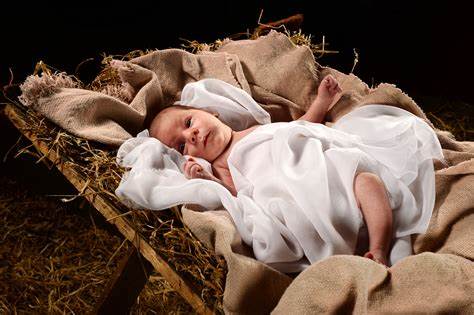 I’m typing this on Sunday morning, for publication Wednesday morning, when I expect to be doing more Christmas shopping.

This is a prayer, for this Christmas and every Christmas. Please join in.

O Lord our God! Bless this Christmas of 2019, and give it power to work day in, day out, day and night, and every day of 2020. Give it speech that all might hear. Give it the power to draw our hearts to Jesus Christ your Son, our Savior and our rightful King: give it the power to make us strong in His service, strong in His love. And may it move us to love one another, as Our Lord Himself commands.

Here is the full cover:

G’day! Byron the Quokka here–and our Second Annual Christmas Carol Contest seems to be slowing down. So here’s my idea to pep it up!

The prize will be an autographed copy of Bell Mountain No. 12, His Mercy Endureth Forever. And if you want to find out if Ellayne and Dulayl get eaten by the giant hyena, you’re gonna need this book! It hasn’t been published yet, but it’s all ready to go and it should be coming out early next year.

The winner will be whoever requests the Christmas carol that gets the most views on the day it’s posted. So far the leader has 22 views. Do I hear 25? Thirty? And one thing we don’t have to worry about is running out of Christmas carols!

Here on Rottnest Island, we have no hyenas of any kind, not even little ones. All the quokkas agree that’s a…

The contest is on a roll! Request a carol on Lee Duigon’s blog!!

G’day! Byron the Quokka here. We don’t get any snow on Rottnest Island: that picture’s me on our family vacation to New Jersey. Only chance I ever got to use my skis.

Anyhow, I’m here to report on the progress of our Second Annual Christmas Carol Contest. And the carol that got 24 views on Dec. 1 is still in the lead. No, I’m not going to tell you what it was, or who posted it. It’s sort of a blind taste test. I love those! Did you ever see the one where they’ve got people taste-testing cat food? Fantastic!

So let’s keep those carols coming, folks. I told Lee I could make this a tremendously successful contest and I won’t want to wind up looking like a doo-dah. It would be very bad for my prestige!

Just a wordpress blog for books

Two Sisters Who Love to Sing